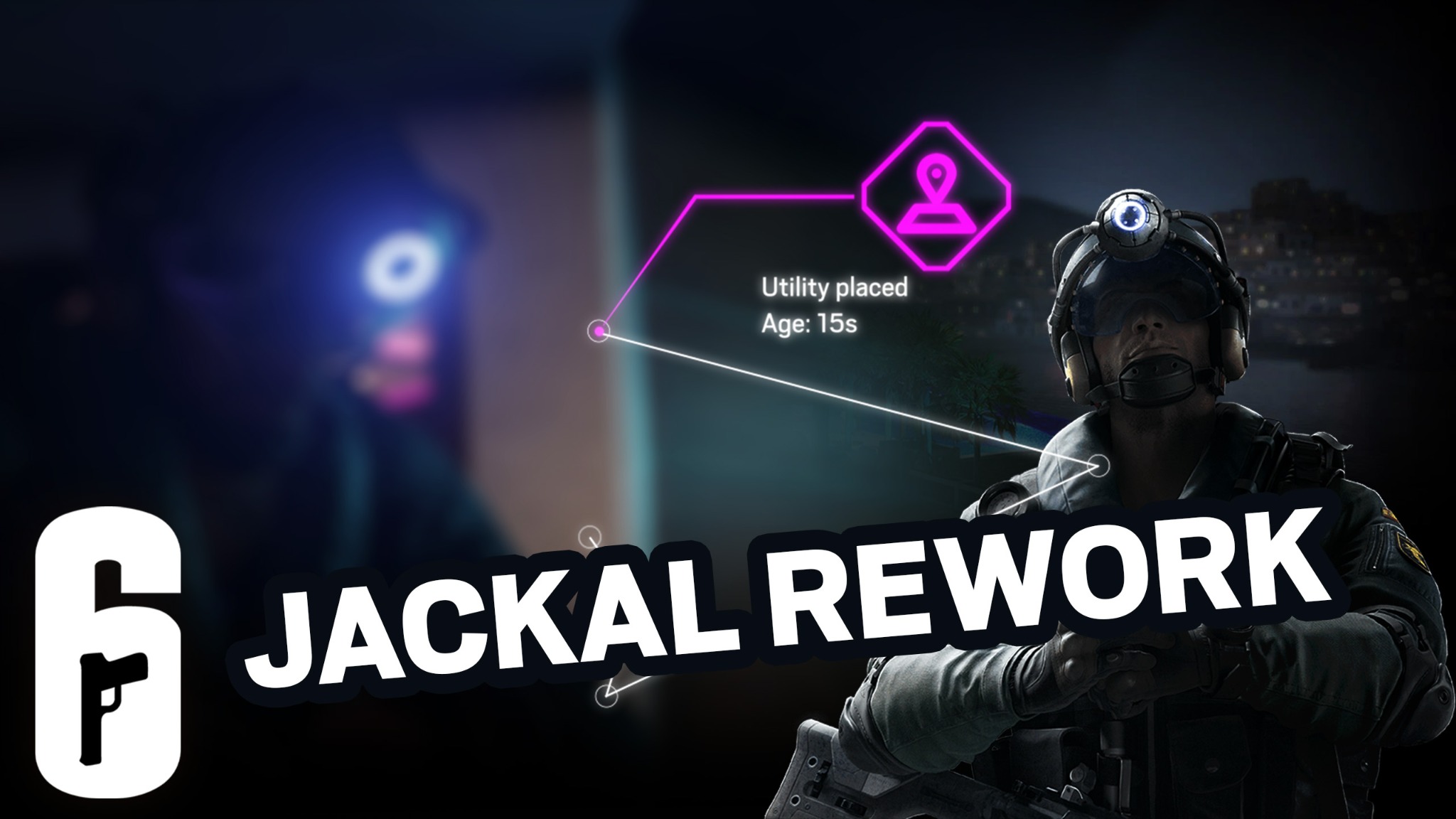 Jackal is quite the annoying operator to encounter on the opposing team.

This rework aims to reduce the defenders frustration and making Jackal less of a solo operator through requiring callouts to your team.

At the same time the goal is to keep his identity.

Markers similar to Apex Legends’ Bloodhound passive ability show for roughly 1min to replace the defenders footsteps. Jackal requires line of sight and needs to be nearby. This should improve the player's ability to read the defenders tracks and understand what they were up to when not actively using the scan.

Jackal then can scan those markers to reveal the floor and room name that specific defender is currently in. He has three scans (5s each) up to an overall scan duration of 15s.

Defenders still get alerted that their position has been revealed.

This change would require communication since there won't be a ping for his teammates anymore and Jackal himself can not act on his own live information.