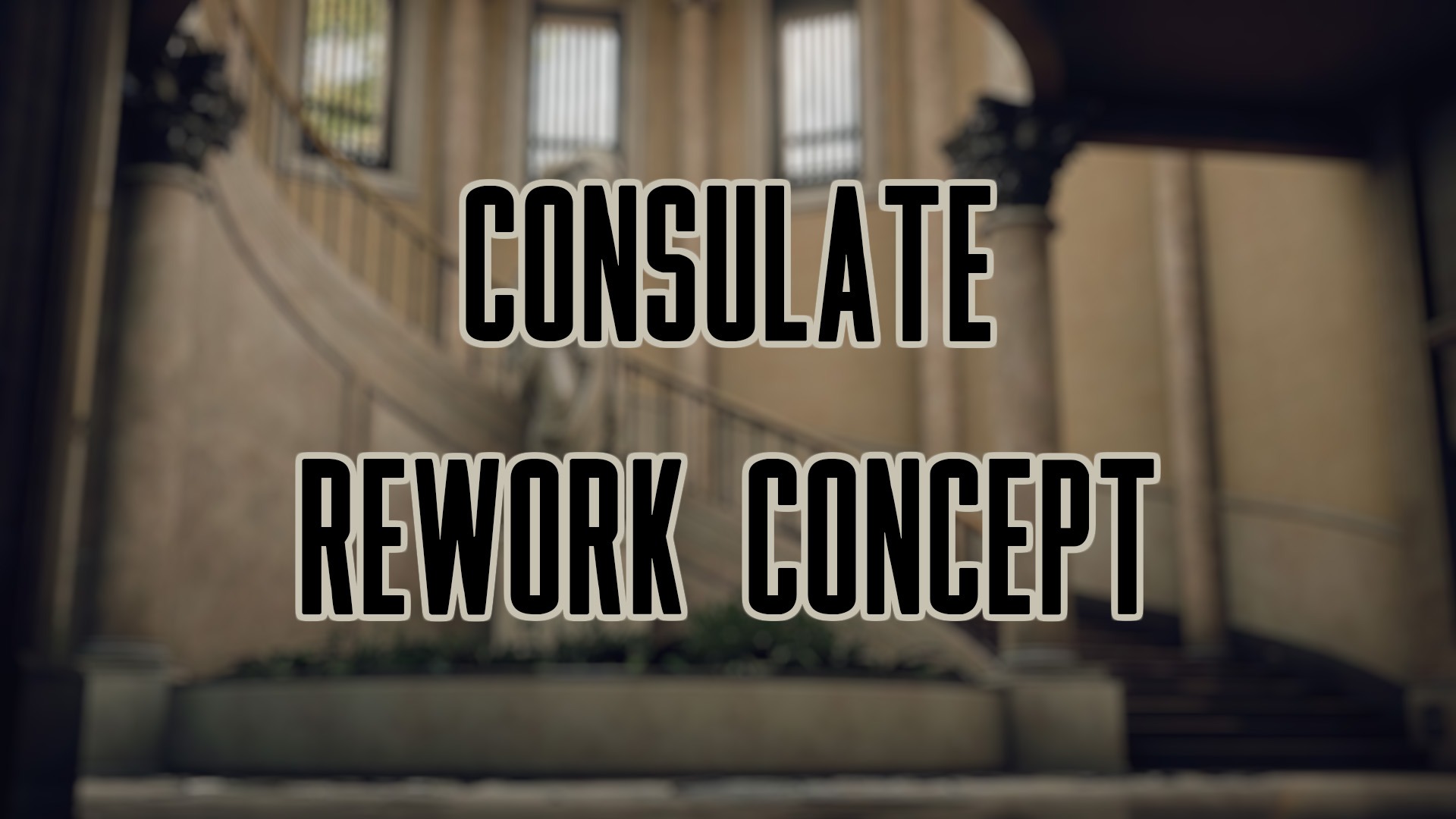 The added balcony allows attackers to enter admin office without having to swing in.

Admin itself is heavily decluttered while at the same time having some hard cover for the defenders that allows projectiles to be thrown over.
The southern part is now walled off to provide defenders more freedom while giving attackers a buffer room for entry with a roof access hatch.

The consul office double door has been moved and a soft wall has been added in its old place. Bathroom is now placed inside the old consul office cabinet providing front desk and yellow stairs landing with more space.

The two windows have been replaced by a single big window reducing awkwardness during rappel fights.
Bathroom and double door changes as seen in the previous images are included here as well.

Tellers is now connected via a narrow hallway with the lobby closet. This should allow both attackers and defenders with more freedom when navigating the map.

Yellow stairs have been flipped to be less exposed to the skylight and set up for the garage changes below.
One of the piano windows is closed off.

The new garage layout provides defenders with more cover from the breach and the flipped stairs allows them to play closer to the breach without getting picked off easily from yellow stairs.